If you're tired of your shower curtain, it may be time to upgrade to a showscreen. These glass enclosures offers a range of benefits. Wondering if now is the right time? Here is a look at five situations where you should upgrade to a shower screen.

1. You Want to Reduce Allergens

Unfortunately, mould and mildew are extremely likely to build up on shower curtains. If you are trying to cut down on the allergens in your home, you may want to ditch the curtain and opt for a screen. While mould and mildew can form on screens, it's less likely.

Also, it's easier to see when mould and mildew build up on a screen, and you can more easily wash it off of a flat screen. In contrast, it just hides in the folds of a shower curtain.

2. You Want Your Bathroom to Look Larger

A colourful shower curtain can be fun and charming, but if you have a small bathroom, a curtain blocks some of your space and makes the area look smaller. If you want your bathroom to look larger, opt for a glass shower screen.

With a glass screen, when someone walks into your bathroom, their eyes take into the whole space including the shower, and that creates the illusion of a larger space. Consider a frameless shower screen if you want to enhance this effect even more.

3. You Want a More Upscale Look

Sadly, even with the most luxurious shower curtain, it always looks slightly on the budget side. If you want to create a more upscale look, it may be time to consider a shower screen. If you like the opaque nature of your shower curtain, don't worry. You can achieve that by getting an etched glass shower curtain.

4. You Are Tired of Water on the Floor

Sometimes it seems like even if you pull shut the curtain every two seconds during your shower, water still escapes past the curtain and gets on the floor. If you're tired of mopping up puddles or even worried about potential damage to your floor, you may want to upgrade to a shower screen. You can close these doors tightly so you don't have to worry about spills.

Finally, shower curtains often need to be replaced. Although they aren't that expensive, that can get cumbersome. A shower screen, in contrast, is an investment that lasts a long time. 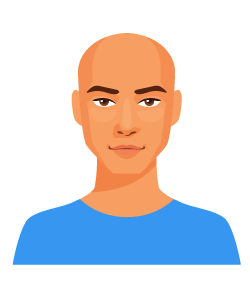 Hello! My name is Danny and this is my blog. In this blog, I would like to concentrate on the changes you can make to your life by making changes to your home and garden. My life changed when my sister came to visit me last year. She took one look at my home and immediately suggested some changes I could make to improve it. As time went by, she made more suggestions and I took her advice. I bought new furniture and renovated some of the fixtures in my home and garden. She taught me a lot of cool skills which I would like to share here.